So was getting rid of Charles Kennedy a good move? 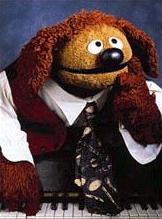 BBC News are covering the "mixed results" for the Lib Dems. In what was billed as the first test of Sir Menzies Campbell's leadership they "consolidated" their position rather than making spectacular gains. In London they lost control of Islington and are now confined to their south west London heartlands. Elsewhere they didn't get spectacular results. Campbell himself has tried to dismiss claims he was "on test":

This wasn't a test for me; it was a test for the party after the difficulties of the earlier part of this year. I think we have come through this test.

So the Lib Dems are just standing still. Considering the predictions of annihilation that abounded in the days after they stabbed Charles Kennedy in the chest it's hard not to see this as an improvement. But would they have done better with Kennedy in the helm? Was forcing him out really an improvement for the party? Has Campbell really "raised his game"?

We don't see very much of Charles Kennedy in the media these days - when is he going to come back to the Liberal Democrats' frontbench team?
Posted by Tim Roll-Pickering at 18:08