How do you pronounce "LGBTory"?

A trip into the world of acronyms, logo designs and wordplay.

Over the years the language, names and acronyms of much to do with lesbian, gay, bisexual and trans (and more) matters have frequently changed. The acronyms seem to grow every few years - there's one monster of "LGBTTQQIAAP" that is impossible to remember or say correctly.

But problems also affect LGBT (let's stick to that for here for now) groups. Frequently they find changing acronyms and emphases can cause their own names to come under scrutiny. Initialisms can make it worse as they often lend themselves to pronounceable acronyms and/or fancy logo designs that get mucked up by extra letters.

One of the better known cases was the Liberal Democrats' LGBT group using the short name Delga for many years long after the long name had stopped being "Democrats for Lesbian and Gay Action", a hangover from the days when the newly merged party got in a mess with its name but also because "Liberal Democrats for Lesbian, Gay, Bisexual and Transgender Action" is hard to turn into a pronounceable acronym. Eventually in 2011 they became "LGBT+ Lib Dems".

I seem to recall, but can't find a quick chronology to hand to be sure, that the "Labour Campaign for Lesbian and Gay Rights" was using that title for a number of years after it had formally adopted LGBT as its full scope. It is now "LGBT Labour".

Conservative LGBT groups have been particularly prone to names that make for good acronyms and/or logos. The original "Conservative Campaign for Homosexual Equality" later renamed itself the "Tory Campaign for Homosexual Equality" because someone forgot the party hasn't been "Tories" since the 1830s and thought "Torche" made for a fancy acronym. It kept that name until ending in the mid 2000s, long after the rest of terminology had moved on. I forget if the name outlasted the party's old torch logo.

The current Conservative LGBT group also annoyingly uses "Tory" but it's also gone for a portmanteau effect by combining LGBT & Tory to become "LGBTory".  Unfortunately it's got the needs of the logo and the text muddled.

"LGBTory" is frequently written and often spoken as that. And many people don't see a clever portmanteau but rather the omission of Trans. Language matters - if a whole group is left out of the name they naturally wonder if they're also left out of concern.

Now portmanteaus are not uncommon - here's one from the 1990s Doctor Who spin-off video Downtime: 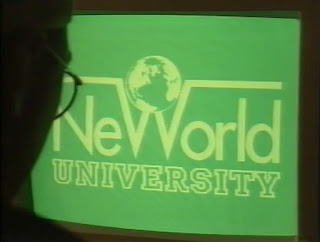 But the name of the institution in the dialogue, in the contemporary novelisation by the original author (one of the Missing Adventures if you're looking) and on the DVD sleeve (sorry I haven't seen the VHS sleeve in many years) is "New World University", written clearly as two separate words. Logos often omit characters that are often present in text - commas are especially likely to be left out.

LGBTory's logo doesn't use multiple coloured letters or an "L" shape to emphasise the joint use of the "T". And what's good for a logo design isn't necessarily good for running text or especially Twitter which frequently destroys the subtlety of capitalisation. It's unsurprising that many ask about Trans or protest about its exclusion.

Currently LGBTory is consulting on a proposed change of name. It's time to correct this unfortunate situation and also take the opportunity to move away from the outdated word "Tory".
Posted by Tim Roll-Pickering at 10:00 No comments: 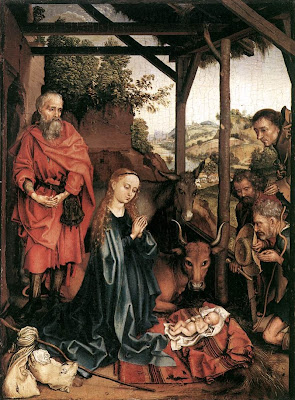 Posted by Tim Roll-Pickering at 09:00 No comments: