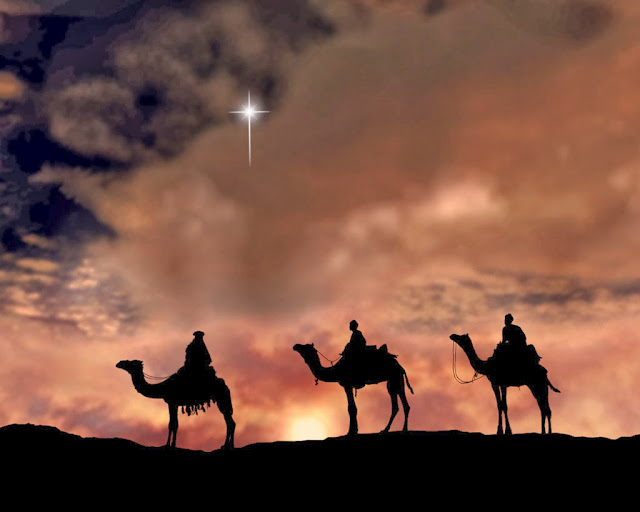 Merry Christmas everyone!
Posted by Tim Roll-Pickering at 09:00 No comments:

Email ThisBlogThis!Share to TwitterShare to FacebookShare to Pinterest
Labels: Christmas

The horror of coleslaw

I don't like coleslaw. And it seems I'm not alone. Mark Evanier hates it with a passion and has even used comics as propaganda against it. News from ME: From the E-Mailbox...

And one of the things that's really offputting about it is the way it's often forced onto you. Luckily over here it doesn't come up on plates too often or maybe I've just been lucky in what I order. Mark has been less lucky in this regard. But when I was younger I was forced to eat the stuff week in, week out.

My first school had a rule that all plates had to be completely cleared before an entire table was allowed to get pudding or leave for the playground. It was aiming to encourage children what they could eat, but a terrible case of punishing an entire group for the faults of one individual. And the system broke down when the teachers serving deviated from the normal practice and refused to let the children decide what they did and didn't have, and instead chose to impose their own opinions on what the children were to eat.

Had this been a standard rule across the board it would have probably been less of a problem. Pupils would have accepted it as the norm and the school might have kept the menu under closer review to remove discomfort. But when it was one rogue element then it became an anomaly. And unsurprisingly this came up with coleslaw.

One day every week this teacher would force a large lump of this horror onto our plates whether we asked for it or not. Requests to have none were batted aside with an assertion of "It's good for you!" No attempt to explain why, either there or in the classroom, just an abuse of power to force it onto us.

What is it about coleslaw that makes people throw aside all the normal rules about choice, whether a teacher in that situation or restaurant staff who refuse to implement customers' requests for none? Why must it be thrust upon diners with no warning or say?

I don't normally believe in great world conspiracies but when it comes to coleslaw I'm prepared to make an exception. And I see I'm not alone with others fighting back. Mark's CB Bears comic story sounds hilarious. More of us need to stand up and declare our dislike.

(I have never heard of the CB Bears before - maybe they never made it over here or maybe I'm just oo young - though from the name it's easy to see what fad they were riding.)
Posted by Tim Roll-Pickering at 14:08 1 comment:

Email ThisBlogThis!Share to TwitterShare to FacebookShare to Pinterest
Labels: CB Bears, coleslaw, News from ME

It's taken me a while to compose this but here goes...

For me there are three numbers that sum up Nelson Mandela's achievement more than anything else.

I can't actually remember Mandela coming out of jail. My parents used to watch the Antiques Road Show whenever we were in but I don't remember watching the edition that was interrupted to show him coming out jail. Maybe I have a rubbish memory or maybe we had gone out that day.

But there is one moment I will remember above all others.

Rugby is normally a game I have absolutely no interest in. I once had a Welsh flatmate who was normally a great bloke but utterly unbearable whenever Wales were playing and/or won. But I couldn't understand or give a damn. At school I almost never played it - at one school only some boys in each year were trained and I applied but was rejected within twenty minutes and despite letters that school made no effort to teach the game to use. At my next school I found we were supposed to have arrived with a comprehensive understanding of the game and I was soon dispatched to the sidelines and treated like an idiot who was sometimes given punishments whenever I dared to ask basic key questions about a game I had no real experience or understanding of and needed to know the basics that the teachers hadn't bothered to teach me. Luckily I soon left that pathetic excuse for an educational institution.

But one afternoon I saw one of the greatest ever moments in the history of rugby. And it had little to do with matchplay.

It was the final of the World Cup. New Zealand had assumed it would be walkover. They soon learnt it wasn't. They lost to the hosts, South Africa, 15-12.

And then came the presentation of the trophy by the host nation's head of state.

For a long time South Africa had been divided in sport as in much else. A footballer talks of how he could go into a restaurant and all the black staff would be demanding their autograph yet none of the white diners could even recognise them. A golfer could claim that the country was a small nation of just five million people - meaning just white South Africa.

But then came the fall of apartheid. The election of Mandela. And much changed. One day showed it more than any other.

The World Cup saw South Africans united as they never had done before. Not immediately but as the national team progressed through the stages it became ever more popular. Nelson Mandela invested a lot of time and credibility in supporting the rugby team. Once they had been the symbol of white South Africa and many opponents of apartheid, Mandela himself, had wished them bad and hoped for their defeat. Yet 1995 so much changed. Mandela even donned the Springboks' shirt and went into the changing rooms to wish the team well before the final match.

The Springboks won 15-12. New Zealand whinged to disguise their team's failings, but South Africa had triumphed. Mandela presented the trophy to the winning team's captain.

That day there were no Blacks in South Africa. No Whites. No Coloureds. No Indians. There were just South Africans. 43,000,000 of them. One man and one game had brought them together as one like never before.
Posted by Tim Roll-Pickering at 02:47 3 comments: