You're about to embark upon a referendum to decide if you're going to change your flag or not. It's totally your decision but what it says to the outside world has come up and some Kiwis have asked what we think about it. So here's a Brit on two key issues.

Firstly, yes we do get confused. That said we're more likely to think this: 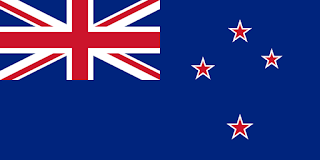 is the flag of Australia than this: 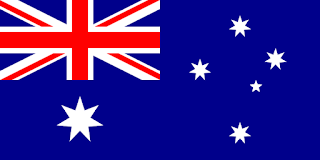 is the flag of New Zealand. We're sorry about this. In our defence you're not alone. Flags on the European continent are very confusing as well because so many use the same basic design and many of the same colours. There was only a token effort in my school days and since then a good number of countries have changed their flags or even separated out, rendering those lessons even less effective. And we're far from the only ones to make the mistake - even Australian monarchists have used your flag by mistake.

So yes, I can see why you might want to change it to look less like Australia. But didn't your flag come first? Isn't Australia the thief?

But secondly we're told that the currently apparently means New Zealand is controlled by the UK. This is news to us. We don't really control our own country let alone anyone else's. You're a free and independent country and have been for some considerable time. Nobody here looks at your flag and thinks the presence of the Union Jack means you're a colony or overseas territory (or that Australia is!).

However don't worry that we'll feel offended if you change it. We'll still like you, just as we still like Canada. It's entirely your decision.
Posted by Tim Roll-Pickering at 19:00 No comments: