Ten reasons why Jeremy Corbyn should be the next Labour leader 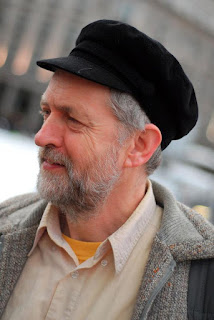 It may shock some but I think there are some good reasons why I think Jeremy Corbyn should be elected Labour leader:

So go on Labour, make him your next leader!
Posted by Tim Roll-Pickering at 12:20 No comments:

The Lib Dems - Lambs to the slaughter or just Pointless?

The Liberal Democrat leadership election hasn't really taken the country by storm. There hasn't been a particularly bizarre candidate nominated solely in the hope that a thrashing by the members will shut them and their followers up. There hasn't been an unresignation by Nick Clegg. There doesn't seem to have been much debate about actual policy or attempting to determine what is the Liberal Democrat answer to the questions of the day.

In fact all I've really noticed are:

And that's mainly it. But there are some potential jokes for whichever is elected leader. Lamb has already made one about his wife Mary and their children - "Mary had a little Lamb". If he's elected leader then we'll get lots of lamb jokes.

Tim Farron may be either praising or cursing an edition of Pointless from a couple of years ago. One of the rounds was on Lib Dem MPs elected in 2010 and 100 members of the public had one minute to name as many as possible. This unscientific process found that even Vince Cable was named by less than one in five. But many MPs fared worse (I don't know how Lamb did) with Tim Farron being named by nobody at all. Yes Tim Farron was Pointless.

(Being unknown during the Coalition may be an advantage or not. On the one hand they would be a fresh face. On the other hand having rebelled on something unpopular the party did is more useful when people noticed you doing it at the time.)

Soon we'll find out who the new leader is and where they'll try to go.
Posted by Tim Roll-Pickering at 10:00 No comments:

The problems of the Lib Dems

With the Liberal Democrats declaring their new leader today, it's time to take a look at the mess they're in.

Five years ago, I asked "Nick Clegg - Sir John Simon or Sir Herbert Samuel?" It is now possible to provide an answer. And it is neither, though more Samuel than Simon.

In one regard, Nick Clegg has succeeded incredibly by holding his party together. There were a total of 58 MPs in the last Parliament - 57 elected in 2010 and a replacement in a by-election. At this past general election just one of those MPs stood as a non-Lib Dem - Mike Hancock who was expelled in a scandal and whose re-election bid was unrelated to a coalition split. A scandal also accounted for the only Lib Dem MP to resign mid-Parliament, Chris Huhne. Ten MPs stood down at the election, mostly long standing and/or elderly members, though Sarah Teather's retirement on political grounds was a sign that all was not well.

This is an impressive achievement compared to previous coalitions that saw the Liberals shed MPs either through defections to non-government parties (this happened even during the Churchill coalition in the Second World War) or due the party's departure failing to take all its members with them. There was no grand split with MPs forming an anti-coalition faction around someone like Simon Hughes, Tim Farron or Charles Kennedy. In this regard, Nick Clegg succeeded better than all his predecessors.

However, in nearly every other regard Clegg has taken the Lib Dems to a catastrophic failure.

(In one though, that's not necessarily a bad thing for the Lib Dems. He had an ambition to make the Lib Dems like the German Free Democrats. The FDP have since been wiped out of the Bundestag.)

Many explanations have been put forward but the fundamental problem is simple - the Liberal Democrats do not have a clearly identified distinctive raison d'être and a core vote based on that. I know someone will start posting the preamble to the Lib Dem constitution, but such position statements are fairly generic and in any case the preamble is not exactly widely known.

Over the years the Lib Dems have been all over the place, ranging from asserting a centrist position on the political spectrum to being to the left of Labour to radical free marketers. At a local level the situation is even worse with the party's trumpeted "localism" manifesting as a "whatever gets your vote gov" approach that has meant the party has become even more incoherent, with Lib Dems varying wildly across the country and sometimes even in the same district. Tristram Hunt is clearly biased but his piece from six years ago The Lib Dem power failure reflects how many from other parties look on in utter bewilderment as to what the Liberal Democrat vision in local government is.

And then there are two tactics that yes they are used by all parties but which the Lib Dems have turned into a fine art form. There's the demonisation of rival candidates for being insufficiently local, even when the Lib Dem candidate's own local credentials are questionable (e.g. a councillor from the far end of the borough from the constituency claiming to be more local than the sitting London Assembly Member). And there's the resort to tactical pleas with the whole "can't win here" that have squeezed rival parties. Both may deliver in the short term but neither have really converted the voters into long term Lib Dem supporters.

If the Lib Dems are to survive in the long term (and many in other parties hope they don't) they need to articulate a clear vision of what their party stands for to the public at large and grow a core vote around this vision. Their new leader has to start somewhere...
Posted by Tim Roll-Pickering at 09:30 No comments:

How many leadership elections?

I've recently been asked a few questions about leadership elections by people from other parties and none. They seemed to assume as a Conservative I would know a lot about them.

But let's remember the record on all this. The last Conservative leadership election was in 2005. In the time since the other parties in the Commons have had leadership elections as follows: [1]
It's a remarkable change from the period 1995-2005.


[1] I've excluded formal re-elections of the incumbent unopposed as each party has different rules and this would skew things.
[2] Plaid Cymru didn't have a clear position of "leader" until 2006 and this became a problem when Ieuan Wyn Jones stood down as party President in 2003 with none of his colleagues in the Welsh parliament standing for the position, creating a separate election for group leader which he won. This led to a period of confusion about who was the "leader" of Plaid until 2006 when a constitutional change made the Sennedd group leader the overall party leader.
Posted by Tim Roll-Pickering at 09:28 No comments: