The return of Friends?

Kathleen Turner (who played Chandler's father) has sparked rumours that there may be some Friends specials. Currently Warner Bros has denied there is anything to this.

And despite thinking the show is fantastic, I hope they are just rumours.

Friends is a fantastic series that never fails to make me laugh, no matter how many times it's rerun on E4. It had a fantastic ending. It generated many happy memories.

But the show has become such a legend it would be impossible to live up to it. Going back would almost certainly merely produce a disappointing memory. Let the show remain in our memories, let the character's futures remain in our imagination (and in Joey). Don't let it all end badly.
Posted by Tim Roll-Pickering at 00:31 No comments:

Simon Hughes was today forced to admit to being bisexual. His sexuality is in no way the issue. What is is the way he has consistently lied outright on the matter and profitted from homophobia.

Hughes was first elected in the Bermondsey by-election of 1983, getting elected on the back of a tide of homophobia against Labour candidate Peter Tatchell (yes that Peter Tatchell). Since then he has repeatedly flatly denied his sexuality when challenged. Now he has been exposed as a hypocrite on the matter. Antonia sums it up best.

But one has to wonder why this story came out now, when polls indicated Hughes was the favourite for the leadership, given that it would have been even more devastating for a party leader. Who has benefited from this?
Posted by Tim Roll-Pickering at 00:57 2 comments:

The "Gang of Four" broke away from the Labour Party to found the Social Democratic Party, pledging to "break the mould of British politics".

Twenty five years on and what's changed? The SDP failed to make a breakthrough and eventually merged with the Liberals. Meanwhile those on the right of the Labour Party who did not defect instead stayed in the party and eventually defeated the hard left. Today it is New Labour that is the heir to the SDP.

Meanwhile nominations for the Liberal Democrat leadership election have closed today and we have three candidates remaining - Sir Menzies Campbell, Chris Huhne and Simon Hughes. Whoever wins is facing one of the biggest crises of the party's history. And given the fates of Charles Kennedy and Mark Oaten, all three must be desperately hoping they don't get Lembit Opik's backing. The party is declining in the polls, it has privately given up on the Dunfermline and West Fife by-election and it is facing the potential defection of three MPs. So much for the party being on the verge of heading towards government!
Posted by Tim Roll-Pickering at 19:14 10 comments:

What the government really thinks of our children's education

It's been a week in which the government has shown its true colours about the priority it gives to "Education, Education, Education." First Tony Blair trivialises the problems that many schools face in finding a permanent head teacher in favour of a cheap swipe, then we have Ruth Kelly, herself a mother of four, and Kim Howells allowing a registered sex offender to work as a PE teacher. And when there is natural outrage the Downing Street the response has been to confirm that both Kelly and Howells will keep their job. So once again a Blairite Cabinet Minister who screws up is backed to the hilt with promises that "Ruth Kelly will stay in her job". Presumably she will be staying just like Peter Mandelson, Peter Mandelson again, Stephen Byers, Alan Milburn, David Blunkett and David Blunkett again.
Posted by Tim Roll-Pickering at 22:24 3 comments:

The girl who named a planet

Just seen this story on BBC News about Venetia Phair, who now lives in my hometown of Epsom. Way back in 1930 she it was she who gave the planet Pluto its name. Sadly there is now a movement to no longer classify Pluto as a planet. Hopefully the New Horizon space probe will dubunk this myth once and for all.
Posted by Tim Roll-Pickering at 14:44 2 comments:

This may have been taken down by the time you read this, but on eBay at the moment is "A list of Liberal Democrat MPs who gave their names to the press when they knifed Charles Kennedy."

Here it is, I am selling a list of all the Liberal democrat MPs who had the guts to give their names when they were telling the newspapers about Charles Kennedy's drink problem. You might think it is a blank sheet of A4 paper, as that is what it looks like. Strange, eh?

Soon I will be selling a document which says how much every other Liberal Democrat MP drinks, just as soon as I can get enough paper.

Posted by Tim Roll-Pickering at 01:51 No comments:

He wasn't the future ever!

In an act of denial not seen since the Iraqi Information Minister went off the air, Charles Kennedy continues to deny his leadership is ending despite nearly half his MPs threatening to resign if he doesn't go. The Liberal Democrats have shown exactly what they think about Kennedy's idea of putting things right in a "referendum on booze" but have failed to dislodge him yet.

Looking through some of the old stories highlighted by the BBC there's this one from just after the General Election when Charles Kennedy was claiming the Lib Dems were the "party of the future". As with many Charles Kennedy statements it was utterly ludicrous. The Lib Dems failed to take most of their high profile targets despite much talk about being the "real alternative" to Labour and since then have just wandered all over the place.

In 2005 the Liberal Democrats planned a decapitation strategy and failed. Now they are having difficulty at performing the only decapitation they possibly can.

That party is not a "real alternative". It is a right farce.
Posted by Tim Roll-Pickering at 11:43 2 comments:

The end of Charles Kennedy?

So Charles Kennedy has now admitted to drink problems and having treatment for them, after months of denying them. And he's taken the most bizarre step of forcing a leadership election. What the party needs is a debate on its future direction. What it's been given is a referendum on booze.

Once again Charles Kennedy has put his own career over the needs of his party by diverting the focus of its internal debate. His drinking is irrelevant to whether he should be leader. His lying is a different matter. And as a party manager he is a complete disaster.

This looks like the end of the road for him.
Posted by Tim Roll-Pickering at 19:00 3 comments: 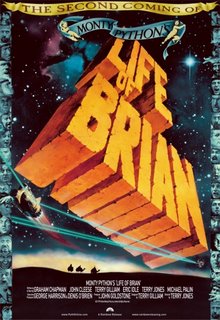 The Life of Brian has been named the best comedy in a Channel 4 poll. Anyone who ever thought the public lack taste needs to think again.

The Life of Brian is one of my favourite movies of all time. Taking a theme and refusng to compromise on any potential offence the result is a laugh a minute. It was hard to top Monty Python and the Holy Grail but this film succeeds. (What a pity The Meaning of Life came and was merely good.) I could never grow tired of it.
Posted by Tim Roll-Pickering at 22:00 2 comments: 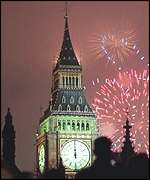 And so we hit Target 2006. (A prize for the first person who spots that reference!)

The last year has seen many great events in many fields. Politically there were highs and lows, sometimes in the same day (for example the General Election - the best moment was seeing Stephen Twigg snapped whilst the worst was David Trimble losing his seat), whilst personally there were a lot of great moments. But now we have a new year and a new ball game. 2005 was a blast so let's see what 2006 will bring.
Posted by Tim Roll-Pickering at 21:43 No comments: