It's good to see a comedian with a lot more sense than the breach of the Trade Descriptions Act that is Russell Brand. Nice pwning him!
Posted by Tim Roll-Pickering at 18:00 No comments:

Here is a reminder of one of the best moments from the general election results.


Al Murray's reaction is priceless.
Posted by Tim Roll-Pickering at 12:00 No comments:

When the Liberal Democrats had a strong leader

Apparently the Lib Dems had a party conference this week. Not that it got much notice. The Lib Dems remain in a rut.

But there was a time when they made an impact under a tough leader and were actually very good at coming third. Here's a classic Rory Bremner sketch from those days:

Posted by Tim Roll-Pickering at 23:08 No comments:

When did Labour last depose a leader?

Today the Labour leadership result will be announced. And it's already clear a lot of people won't be happy with the outcome, whichever way it goes. But what can they do about it?

I'm not overly familiar with the current Labour Party Rule Book so I don't know the formal procedure for challenging a sitting leader. But I suspect many in the Labour Party don't know it off by heart either and some may be rapidly researching it.

But the problem is not how easy it is constitutionally to depose a leader but rather whether Labour has the culture and the will to do it. And past form suggests not.

When I've asked fellow politicos the question "Who was the last Labour leader to be formally deposed?" there have been three answers:

Neither of these men is the correct answer. Ramsay MacDonald abdicated rather than was deposed. When in August 1931 his second government was facing collapse over budget cuts he concluded that he could not credibly oppose the expected Conservative or Conservative-Liberal replacement government in implementing a policy he had pursued and so decided to relinquish the leadership. As it happened, he wound up as the head of a National Government that drew members from all three parties and implemented the policy himself but broke with Labour in the process. But that was walking away, not a deposal.

George Lansbury is the other popular answer but he also wasn't deposed. In 1935 Labour was torn over the issue of how to respond to European militarism in the wake of Italy's invasion of Abyssinia (now Ethiopia) with Lansbury opposing even sanctions. Other frontbenchers who held this position resigned, including both Sir Stafford Cripps, widely seen as Lansbury's political heir, and Lord Ponsonby, Labour's leader in the Lords, leaving Lansbury increasingly isolated. The party conference of that year was a turbulent affair with Lansbury opposing a pro sanctions resolution on pacifist grounds and then being shredded in a speech by the Transport & General Workers' Union leader Ernest Bevin.

But neither Bevin nor the conference toppled Lansbury. At the time, the power to elect and remove the Labour leader lay in the hands of the Parliamentary Labour Party alone. Lansbury tended his resignation but it refused by 38 votes to 7. This was no Nigel Farage style evasion of a promise but a genuine offer rejected, partially out of continued affection for Lansbury but also a fear that the next leader would be Arthur Greenwood, widely seen as Bevin's puppet. (Nowadays a trade union leader's mouthpiece is the heavy favourite for the deputy leadership.) However, Lansbury felt his position was untenable and insisted on stepping down. The MPs turned to the deputy leader Clement Attlee, expecting him to be a stop gap until the looming general election returned a wider choice but instead he proved to be the party's longest serving leader. 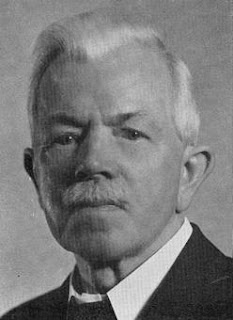 So just who is the last leader to have been deposed? It was the now little remember John Robert Clynes in 1922.

It may surprise people today but the concept of a "leader of a political party" didn't really emerge until many years after parties were established. There had long been leaders of parties in one of the Houses of Parliament but even then their authority didn't stretch over members in the other House unless they happened to be the current or ex Prime Minister. They had no position over the party in the country. Only slowly did parties come to create formal posts of a leader. (In other countries the "leader" is often still divided - e.g. in Germany three different people may be the chair of a party, the leader in the Bundestag and the candidate for Chancellor. And don't even try working out who is the "leader" of the US Republicans.) In the early years what we would now identify as the Labour leader was split across the chair of the parliamentary party, the chair of the party on the National Executive Committee and the party Secretary. The post of leader was created in 1922.

Clynes had been Minister of Food Control in the Lloyd George Coalition before Labour pulled out and then served as chair of the parliamentary party since 1921 in a Parliament where Labour was lacking many of its biggest names after the 1918 election. He led the party through the 1922 election at which it became undisputedly the leading Opposition party for the first time but then faced a challenge for the leadership from former parliamentary leader Ramsay MacDonald, who had returned to the Commons after a four year absence. In a close vote MacDonald defeated Clynes by 61 to 56. Clynes became MacDonald's deputy and served as Lord Privy Seal and Deputy Leader of the House of Commons in the first Labour government (as was then standard the Prime Minister was the Leader of the House but in practice MacDonald was busy, serving as his own Foreign Secretary) and then as Home Secretary in the second Labour government.

This was not the last time a big name was absent from Parliament when a leader was initially chosen. After the 1935 general election Herbert Morrison was one of the challengers to Clement Attlee but unsuccessful. (Attlee's 20 year long leadership was in part prolonged by a desire to age Morrison out of hope.) Tony Benn lost his seat in the 1983 general election and so missed the chance to stand to succeed Michael Foot; he returned in a 1984 by-election and eventually challenged Neil Kinnock in 1988 but was unsuccessful. David Miliband is currently out of Parliament but that hasn't stopped speculation about his returning to replace Jeremy Corbyn if the latter is elected. We can expect some similar speculation about an Ed Balls return at some stage in the next five years, no matter how silly it may seem or how much he denies it.

But for now Clynes remains the last Labour leader to have been deposed and that was 97 years ago. Labour do not have a culture of toppling leaders and that will make it hard to muster the effort to topple this one.
Posted by Tim Roll-Pickering at 09:36 No comments: