It has now been published. 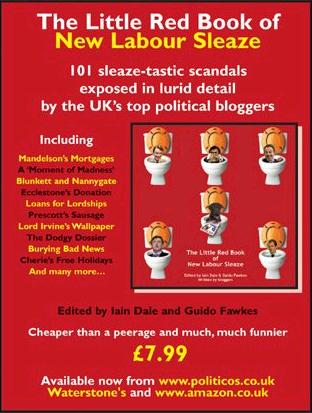 I have written two pieces in the book, both of which are also available as excerpts at http://www.newlaboursleaze.com/ and so I'll reproduce them here.

"It's now a very good day to get out anything we want to bury. Councillors' expenses?"

On September 11th Jo Moore, Special Advisor to Stephen Byers, Secretary of State for Transport, Local Government and the Regions, emailed out the above, suggesting that bad news could be released whilst the media's attention was focused on the tragedy in New York. It was to spark a row that only ended in the burying of her own career and eventually Byers' as well.

In October 2001, the email was leaked to the press, causing uproar. One relative of a victim of the September 11th attacks outrage over "basically burying bad news . . . under the bodies of six and a half thousand people." Such was the intensity of the row that Moore gave a public apology on camera stating:

I would like to sincerely apologise for the offence I have caused. It was wrong to send the e-mail and I accept responsibility for doing so. 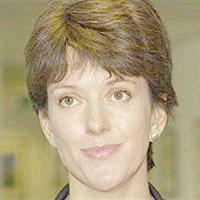 But she smirked and the image went across newspaper frontpages. The next day Tony Blair called the email "horrible, wrong and stupid," but stated that defended "sack[ing] someone and end[ing] their career [is] too heavy a penalty," declaring he considered the matter closed.

And there the affair would have rested but for a sequel the following February. On February 13th it was reported that Martin Sixsmith, the Department's Director of Communications, had sent an email stating:

"Dear Jo, there is no way that I will allow this department to make any substantive announcements next Friday. Princess Margaret is being buried on that day. I will absolutely not allow anything else to be."

Although the actual text was misreported, the phrases struck and reignited the whole affair. Reports that Moore was at war with civil servants left an image of a Department in chaos. That Friday Downing Street ordered the row settled. It was not just Princess Margaret who was buried that day but also Jo Moore's career.

The following year Channel 4 ran The 100 Worst Britons poll. Moore and Byers were ranked at number 59. Moore now works as a teacher in London.

Moore's departure may have removed her from storms at the Department of Transport, Local Government and the Regions but they would consume others until the Department was broken up at the end of May...

Stephen "Liars" Byers and the resignation that wasn't

It was not just Jo Moore's resignation that was announced on February 15th but also Martin Sixsmith's. It subsequently emerged that Sixsmith had not resigned after all. The row was to end in the resignation of Stephen Byers, whose name became synonymous with "liars", as Secretary of State for Transport, Local Government and the Regions.

Sixsmith had spent most of his working life as a BBC foreign correspondent before becoming Director of Communications at the Department of Social Security in 1997. He subsequently worked in the private sector for Marconi before being appointed Director of Communications for the Department of Transport in December 2001. After the initial row about the Department's public image and the leaking of emails by civil servants, it was hoped he could restore order. However, just two months later the report of Sixsmith conflicting with Moore over releases of information reignited the whole affair.

On February 15th, Sixsmith returned from a hospital appointment to hear that both his and Moore's resignations had been announced by Byers. But Sixsmith had not resigned at all - he had been informed Moore was demanding his resignation as the price for her own departure and had merely agreed with Sir Richard Mottram, the permanent secretary that he would consider the matter after his hospital visit, with no action taken in the meantime. Mottram summed up the affair with: "We're all fucked. I'm fucked. You're fucked. The whole department's fucked. It's been the biggest cock- up ever and we're all completely fucked."

Sixsmith went public and denied his resignation, leading to a war over words as to who had said what. Byers came under immense pressure after his Commons state- ments were shown to be inaccurate. His Conservative shadow, Tim Collins, called it "the most clear example in human history, of a man being caught out lying."

On May 7th, the Department issued a statement confirming Sixsmith had not resigned in February after all. Since Sixsmith felt it impossible to continue his job given the continuing public rows, he agreed to finish at the end of May. Two days later Byers was forced to give a statement to the House, but he refused to apologise. At the same time pressure was building on Byers after a critical report by the Labour dominated Commons Transport Select Committee. Finally on May 28th he resigned.

Ironically, Sixsmith was still at the Department, working out his contract.

See http://www.newlaboursleaze.com/ for more excerpts, cartoons and contributors.
Posted by Tim Roll-Pickering at 12:43