Question Time have now announced the panel for this week's show. We have:

Hazel Blears, the newly appointed Labour Party Chairman (*) and Minister without Portfolio. This time last week she was a minister at the Home Office "responsible for crime and security under Charles Clarke". Not only does she come with such a ringing deparmental recommendation, she was also appointed by Tony Blair without consulting Gordon Brown. So she must be the perfect person to rebuild party unity and confidence between the sides.

(* Since in past some of the regular readers have argued that the term "Chairman" is sexist, how do you feel about it being used for a Labour party figure?) 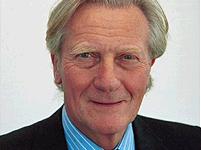 Michael Heseltine, the former Deputy Prime Minister and now head of the urban regeneration taskforce, building on his one time experience as effective "Minister for Liverpool" when he personally pioneered the government's regernative efforts after the early 1980s riots. Currently in the news for his row with John Prescott about just what the latter is actually doing, "Hezza" is in a rare period when he is not constantly in the news just for attacking the Conservative position on Europe. 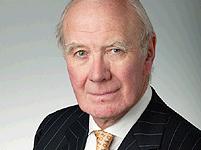 Sir Menzies Campbell, apparently the leader of the Liberal Democrats. His predecessor was stabbed in the front by colleagues when the party started flatlining in the polls and Campbell was elected in the hope he could take the party forward. But instead the party failed to advance in the local elections - which is failure for a party that relies on local government gains to survive - and one can reasonably ask if getting rid of Charles Kennedy was a good move. Can Campell use his appearance to start to "raise his game"? 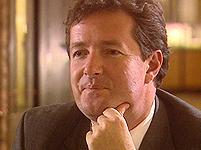 Piers Morgan, former editor of the Daily Mirror and famously far less popular than his nemesis Ian Hislop. Morgan was brought down over the printing of forged photographs, undermining confidence in our troops, but last week launched First News, a newspaper for nine to twelve year olds. Is this what years of competing with The Sun has led to?

It's far from a light weight panel, but I think Labour could do with a more heavyweight represenative. And is it really going to help protray Campbell as a dynamic forward looking leader by having him debating on a panel with a man whose political limelight ended a decade ago?
Posted by Tim Roll-Pickering at 20:15

Hazel is the Labour Party Chair not Chairman, whether or not you think Labour is right on the debate over Chair/Chairperson/Chairman is surely a bit irrelavent, as a matter of accuracy you should use the correct title.

I used the term that the Question Time website used when I looked at it.

Barbara Castle put it best: "I don't care whether I'm Chairman, Chairwoman or Chairperson so long as I'm in the bloody chair."