So who will succeed Ming?

He's barely been in the job two weeks but already there are blogs discussing who will succeed Ming Campbell. And Charles Kennedy thought he had it bad! 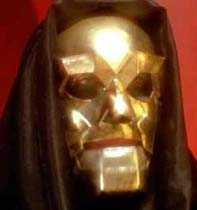 Naturally the Deputy Leadership race is attracting a bit of speculation as to how it will influence the eventual leadership succession, though it has to be said that none of the three candidates look like natural choices. Ming's Dynasty: The Battle For The Succession is predicting that Vincent Cable will be "Imperial Regent". But I think he's got the terms mixed up - shouldn't it be Klytus?
Posted by Tim Roll-Pickering at 16:03