Lembit Öpik's chance to sink yet another candidate's hopes 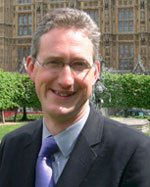 There's another contest taking place that offers Lib Dems the chance to seek support from their colleagues - or in one case to seek to avoid that support! Yes it's the Liberal Democrat Deputy Leadership election. Iain Dale has an assessment of the runners and riders. Which of these Lib Dems will get to stand in for Ming when he's not there?

I'm sure I'm not the only person asking who some of them are!

Posted by Tim Roll-Pickering at 17:11