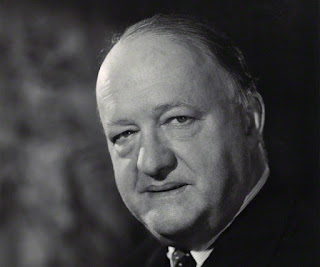 When Harold Macmillan became Prime Minister in 1957 he appointed his rival Rab Butler (pictured) as Home Secretary despite the latter really coveting the job of Foreign Secretary. At a dinner on his first evening in the job, Butler was bluntly reminded that Home Secretaries rarely become Prime Minister. Years later he protested in his memoirs.

There are exceptions but in the last one hundred and fifty years only three former Home Secretaries have become Prime Minister - Herbert Asquith (Home Secretary 1892-1895), Winston Churchill (1910-1911) and Jim Callaghan (1967-1970). And all of three had subsequently served in other big jobs - Chancellor of the Exchequer for Asquith, Foreign Secretary for Callaghan and a wide array of offices for Churchill.

In modern times the Home Office has developed a reputation as a place where ambitions and careers go to die. This is not entirely fair as a perusal of the list of Home Secretaries over the last century or so will reveal, with a fair number going on to other senior jobs including Chancellor, Foreign Secretary, Leader of either House or even party leader. But it also includes some of the regular "almost men" of British politics such as the missed leadership hopes of Butler (1957-1962), Roy Jenkins (1965-1967 & 1974-1976) and Ken Clarke (1992-1993) whilst Alan Johnson (2009-2010) seems destined to forever be speculated upon for every Labour leadership election.

But in earlier centuries the situation was very different. Between the post's creation in 1782 and 1855, no less than eleven holders also served as Prime Minister in their career. By contrast Foreign Secretaries numbered eight. Chancellors numbered eight (a number somewhat inflated as until 1841 every Prime Minister in the Commons served as their own Chancellor). War and the Colonies Secretaries, a post not created until 1801 and split in 1854, numbered seven. Some of the same men appear on multiple lists (the Duke of Wellington was once simultaneously Prime Minister, Home Secretary, Foreign Secretary and War and Colonies Secretary!) but the Home Office stands out as one of the biggest jobs in government. 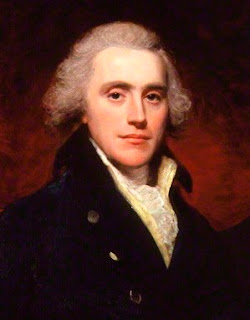 Not that all its holders were on the rise. Two Home Secretaries, Lord North (1783) and Lord Sidmouth (1812-1822; formerly Henry Addington, pictured), were former Prime Ministers. The Duke of Portland (1794-1801) was between premierships. Wellington (1834) was a caretaker Prime Minister holding the fort until Sir Robert Peel (a former Home Secretary 1822-1827 & 1828-1830) could return to London. The height of the post's importance to careers came in the late 1830s when both government and opposition were headed by former Home Secretaries, Lord Melbourne (1830-1834) and Peel.

Only three sitting Home Secretaries have gone on to become Prime Minister (a number that changes tomorrow). Lord Shelburne, the very first Home Secretary (1782), became Prime Minister after a few months upon the death of Lord Rockingham. The aforementioned Melbourne smoothly succeeded Earl Grey in 1834. And Lord Palmerston formed a government upon the collapse of Lord Aberdeen's coalition in 1855.

For Palmerston though the Home Office was something of an anomaly in his career. He had spent nineteen years at the War Office in successive Tory governments and was then Foreign Secretary in every Whig cabinet from 1830 until his resignation in 1851 that led to the downfall of Lord John Russell's first government (Russell had been Home Secretary 1835-1839). When the Whigs and Peelites formed a coalition government in December 1852, Palmerston's inclusion was deemed essential for it to survive yet divisions on foreign affairs remained. When the government collapsed after less than three years, Palmerston formed one of his own and governed, apart from a brief Conservative interlude, until his death in 1865. He was succeeded by his rival, Russell, who resigned a year later when the government was in array over franchise reform.

Russell's final resignation was the definite conclusion of a long period of the Home Secretary being main office for Prime Ministers. Since then many Home Secretaries have managed to make it into other offices but few have gone on to the premiership. The department itself has also acquired an unfortunate reputation, especially in the later years of the Blair/Brown government when a succession of Home Secretaries saw their careers crash and burn. 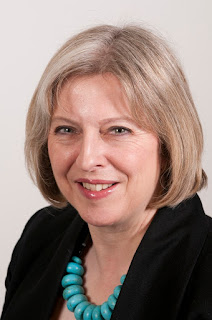 Theresa May's (pictured) longevity in the Home Office is little short of amazing. She currently has the sixth longest total service in the job and the fifth longest continuous service (Peel's service was in two parts, 1822-1827 and 1828-1830). Had the Conservative leadership election continued until September as planned then later this week she would have overtaken R.A. Cross's first period in office (21 February 1874 to 23 April 1880 - i.e. the second Disraeli government) and next month she would have completely overtaken James Chuter Ede's time (3 August 1945 to 26 October 1951 - i.e. the entirety of the Attlee government). The only two longer continuous serving Home Secretaries after that are Portland, whom she would have overtaken at the end of next May (by which time she would also have overtaken Cross's total time - he also served 24 June 1885 to 1 February 1886), and Sidmouth, whom she would have had to serve until the end of 2019 to overtake. (Peel's total tame would be exceeded in 2018.)

I doubt Theresa May is particularly disappointed about missing out on climbing even further up the list of longest serving Home Secretaries. For tomorrow she becomes the first Prime Minister to have been Home Secretary in thirty-seven years and the first to go straight from the Home Office to 10 Downing Street in 161 years. That is an even more remarkable achievement.
Posted by Tim Roll-Pickering at 09:28