The waste of "RESPECT" 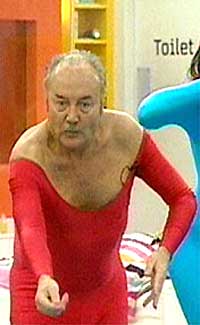 At the top end of the scale are Philip Hollobone and Dennis Skinner. At the bottom end, by a long way, is "RESPECT"'S George Galloway. It is not easy for an MP who attends Parliament to make less of an impact on Westminster than a group of abstentionists, but George Galloway has succeeded with an impact on Parliament even less than Sinn Féin!

This reflects badly on "RESPECT - The Unity Coalition" as a whole (as does their recent complete failure to demonstrate respect or unity but that's another matter). Galloway is also notorious in his constituency for doing little to help most of his constituents. Instead it seems he has joined the tradition of extreme left-wing MPs spending all their time wandering around feeling important, making speeches to extreme left-wing rallies and visiting dodgy foreign leaders, all while claiming large expenses to keep them in fine clothes. And going on Big Brother.

Here's hoping that at the next election voters will reject not just Galloway himself but all the "RESPECT" candidates, putting an end to state-subsidised communism.
Posted by Tim Roll-Pickering at 14:28

Without the party whips there would hardly be anyone attending. To think otherwise just shows your lack of understanding of how they work.

Of course, your blog isn't about exposing the state of affairs, it's about your petty hatred of one man.

All the best with growing a set of balls you silly little predictably unoriginal twat.